WEDNESDAY, NOVEMBER 10, 2021- The California Citizens Redistricting Commission released draft maps that could shape California’s Congressional, Senate, Assembly, and Board of Equalization political boundaries for the next ten years. The California Black Census and Redistricting Hub coalition (The Black Hub) is committed to ensuring that the redistricting process prioritizes the voices of historically underrepresented Black, Indigenous, and people of color (BIPOC). “The Black Hub” has a fundamental belief that redistricting does not have to be a zero-sum endeavor.

“Increasing Black political voice and power does not mean that one needs to decrease the voice and power of other underrepresented communities and vice versa,” explains James Woodson, policy director of the California Black Census and Redistricting Hub. Woodson is also executive director of the newly formed California Black Power Network. “Rather than adhere to map priorities from BIPOC communities, we are concerned that, in an effort to prioritize all voices, some commissioners have mistakenly and unknowingly elevated voices from less diverse, affluent communities in the process, and at the expense of BIPOC communities. It has diluted our political voice.” 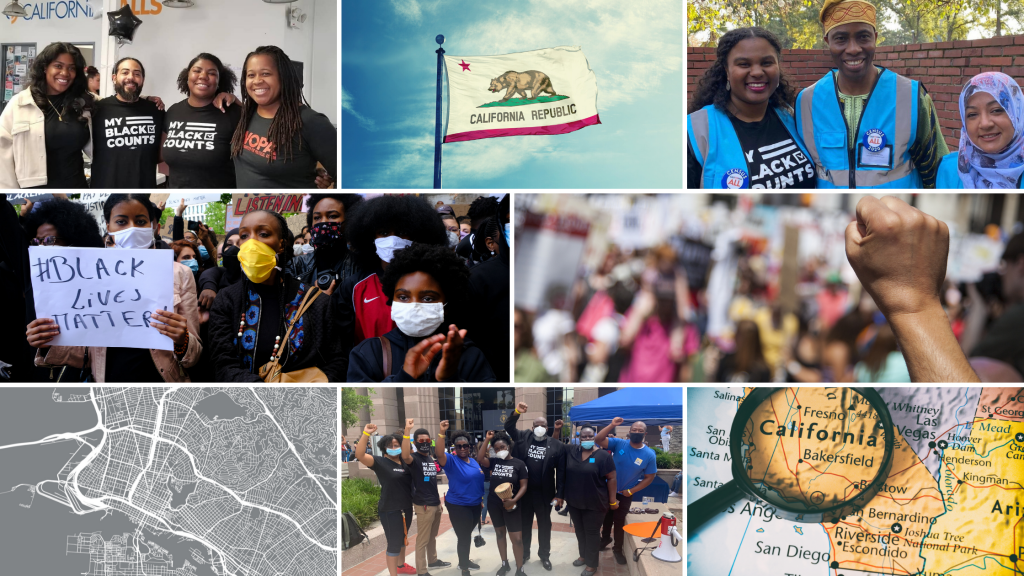 “The Black Hub appreciates the Commission’s hard work and its early release of the maps for public input. At the same time, the Black Hub is deeply concerned that the process for developing the maps has been rushed, inconsistent, and incomplete. It has resulted in maps that have ignored the interests of many Black communities and millions of residents in the state’s most populated areas. We ask that the commission take a step back and evaluate their mapping process. We strongly encourage the commission to ensure its process is designed so that it carefully weighs the COI testimony from BIPOC communities and respects how those communities have come together to map their communities,” says Woodson.

Some top Black Hub concerns include:

The Black Hub will mobilize their coalition of 30 Black-led and Black-serving organizations and the residents they serve, in addition to other partners and allies. The intention is to support the commission and their line-drawers with clear input and direction on creating a map that empowers BIPOC communities throughout California.