Meet Ingrid Archie, a Black mother, leader, and liberator serving her community at A New Way of Life.

“In the courts, I had to remain silent. I never got to use my own voice. When I found my voice, I found my calling, which is to shed light on the human aspect of being trapped in these systems.” 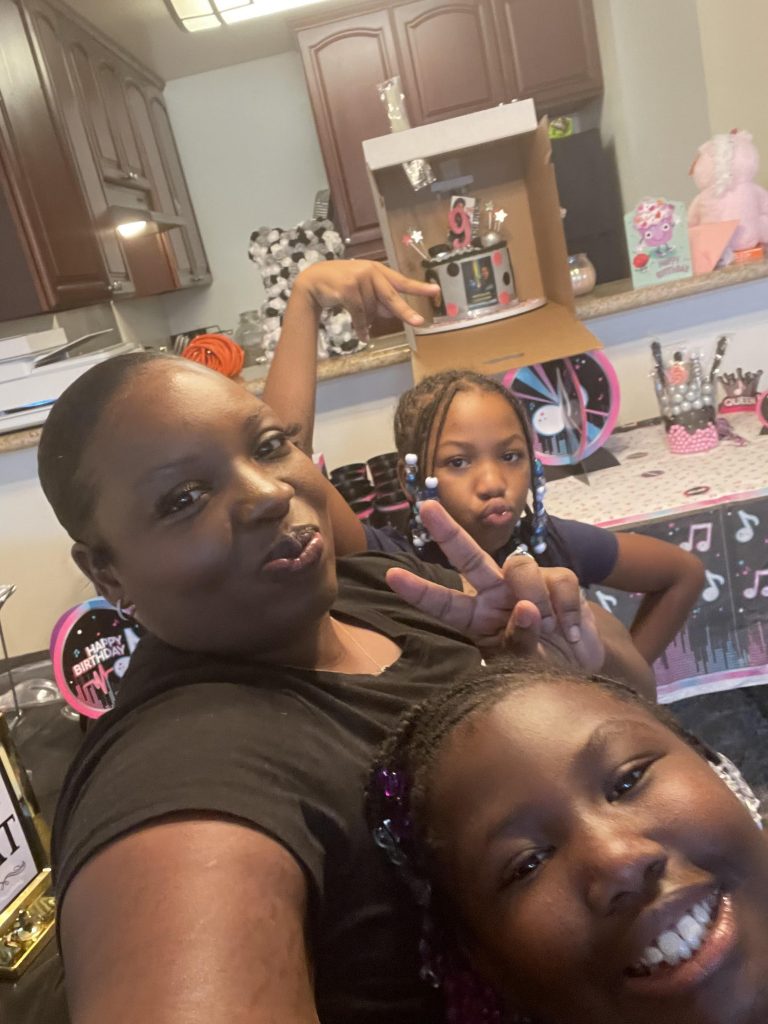 What role has the criminal justice system played in your life?

I was born and raised in South Central Los Angeles during the crack era–the war on drugs–and was cycled through the child welfare and juvenile justice systems. I watched what was happening on the streets and the response to it by the police. I saw us get cycled from system to system.

“In the courts, I had to remain silent. I never got to use my own voice. When I found my voice, I found my calling, which is to shed light on the human aspect of being trapped in these systems.”

What role do you see this system playing in the lives of Black communities in California?

When I talk to folks who are systems-impacted, it’s like we’re survivors of an abusive relationship. The criminal justice system has abused its power against Black people by using us to feed the prison industrial complex. Then, the criminal justice system manipulates us to think that we are supposed to be monitored, surveilled, targeted, and punished harshly with long sentences. We believe that we’re supposed to struggle, live in cages, and find our own way out.

How has CA’s criminal justice system created barriers to Black folks accessing safety, democracy, and equity? Why is it important that our CA Citizens Redistricting Commission understands these barriers?

You come out of prison with a record, which means you can’t get a job or housing, and you’re stuck in a neighborhood that is over-policed and under-resourced. You can’t get access to basic human needs, which might actually change the quality of your life so that you don’t have to commit crimes.

It’s important that the commission understands this because in light of this pandemic, we have seen rising crime, immense job loss, and people losing their homes. When people are poor, the crime rate rises. We need to redistrict in a way that ensures we have resources and representation to meet the growing needs of our community.

What problems in the representation of Black communities in Congress or the state legislature have impeded criminal justice reform? And what has accelerated much-needed reforms?

The problems happen when elected representatives end up representing their own self-interest over the interest of the communities they serve. This is why it’s important that we have representatives who really understand our communities, have spent time in our communities, and can properly represent us. Sometimes having elected leaders who don’t reflect our communities–even if they are Black–can undermine the goals we’re trying to achieve. Too often, elected leaders let the power of the seat blind them from the will of the people they are supposed to serve. Everyone I talk to agrees that we need sweeping and drastic reforms, ones that will stay in place.

“Redrawing the lines will enable people who share common struggles to claim their voice, power, and community. That is our biggest opportunity to create conditions for equity and justice in California.”

This is not just about lines and power. That’s not enough. We have to be using that power to take people off the sidewalks and into opportunity.

The way we counted prisoners in the past was nothing more than a power grab. There’s power in numbers. If there are four thousand prisoners in one county now, that means more resources and political representation for that county. Those are people who will eventually return to their neighborhoods and families. Changing how we count the prison population will bring funds back to where they belong–closer to our communities and families who need these resources.

What are the unique opportunities for reforming CA’s criminal justice system in the state legislature or in Congress? Why is it important that our CA Citizens Redistricting Commission understands these opportunities?

Voting and organizing is our biggest opportunity. People vote when organizers like myself compel them to, and elected leaders pay attention to their voters. So, we need to organize and mobilize voters. Issues that affect our quality of life are often on the ballot, and our commission needs to understand that redistricting is our chance to strengthen our voices at the ballot box.